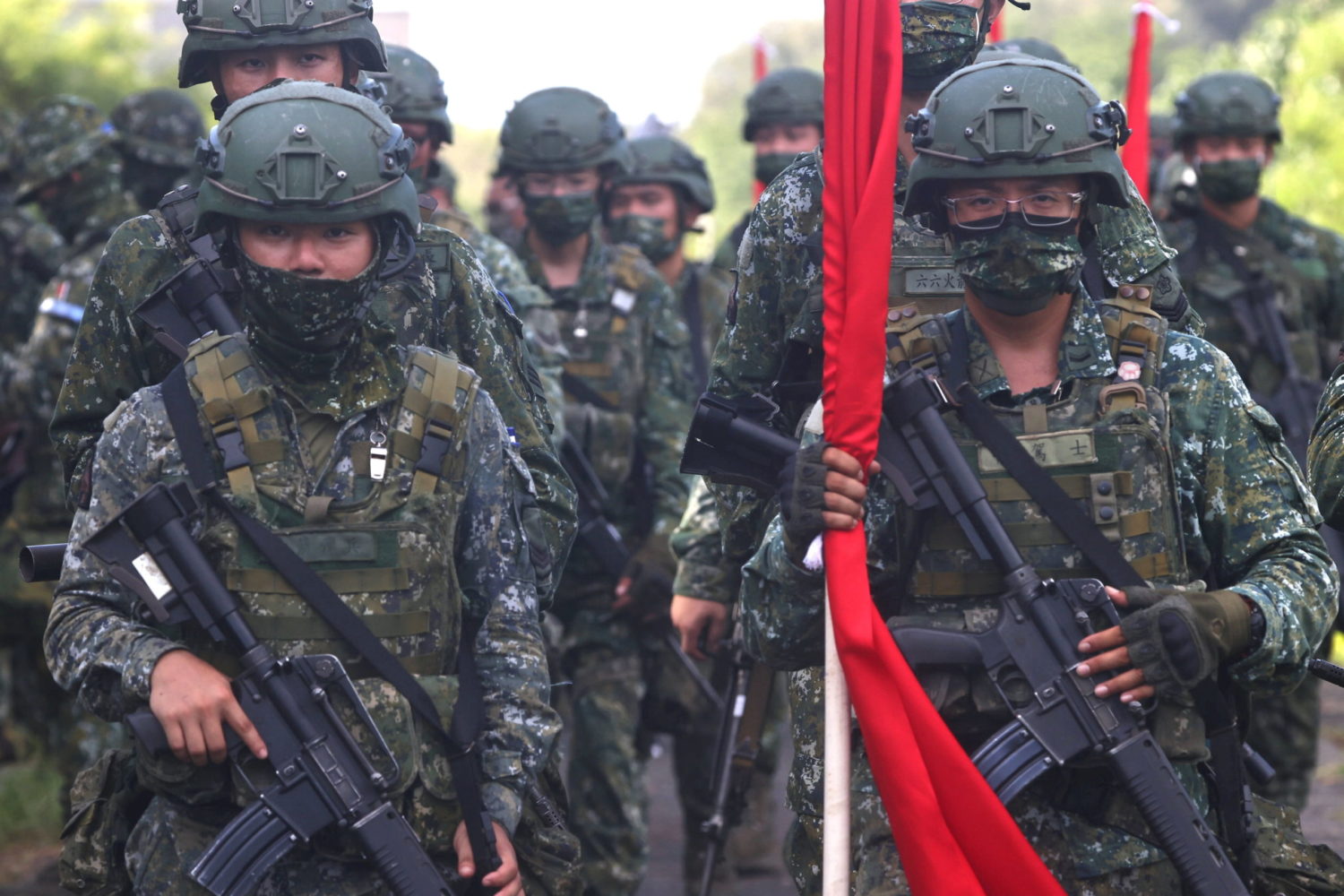 By Ben Blanchard and Yimou Lee

TAIPEI (Reuters) -Taiwan proposed on Thursday extra defense spending of T$240 billion ($8.69 billion) over the next five years, including on new missiles, as it warned of an urgent need to upgrade weapons in the face of a “severe threat” from giant neighbor China.

Taiwan President Tsai Ing-wen has made modernizing the armed forces – well-armed but dwarfed by China’s – and increasing defense spending a priority, especially as Beijing ramps up military and diplomatic pressure against the island it claims as “sacred” Chinese territory.

The new money, which comes on top of planned military spending of T$471.7 billion for 2022, will need to be approved by parliament where Tsai’s ruling party has a large majority, meaning its passage should be smooth.

Taiwan’s Defense Ministry said China’s military strength had grown rapidly and it had continued to invest heavily in defense.

“In the face of severe threats from the enemy, the nation’s military is actively engaged in military building and preparation work, and it is urgent to obtain mature and rapid mass production weapons and equipment in a short period of time,” it said in a statement.

Deputy Defense Minister Wang Shin-lung told reporters the new arms would all be made domestically, as Taiwan boosts its own production prowess, though the United States will probably remain an important provider of parts and technology.

Taiwan has been keen to demonstrate that it can defend itself, especially amid questions about whether the United States would come to its aid if China attacked.

“Only if we ensure our security and show determination will the international community think well of us,” said Cabinet spokesman Lo Ping-cheng. “Others will only help us if we help ourselves.”

The additional cash will likely be well received in Washington, which has been pushing Taiwan to modernize its military to make it more mobile so it can become a “porcupine,” hard for China to attack.

Ingrid Larson, one of Washington’s unofficial representatives for Taiwan, stressed there was “a real and urgent need” for Taiwan to pursue defense reforms.

“As allies and partners in the region and around the globe increasingly push back on China’s aggressive action, it is important that Taiwan remain committed to the changes that only it can make for itself,” she told the Center for a New American Security think tank.

“Taiwan must build as strong a deterrent as possible and as quickly as possible. Taiwan needs truly asymmetric capability, and a strong reserve force. Asymmetry means systems which are mobile, survivable and lethal.”

Larson is managing director of the Washington office of the American Institute in Taiwan, which handles U.S. relations with Taiwan in the absence of formal diplomatic links.

The weapons Taiwan aims to buy with the money include cruise missiles and warships, the defense ministry said.

Taiwan has been testing new, long-range missiles off its southern and eastern coasts, and while it has not given details, diplomats and experts have said they are likely to be able to hit targets far into China.

Taiwan has already put into service a new class of stealth warship, which it calls an “aircraft carrier killer” due to its missile complement, and is developing its own submarines.

The announcement comes as Taiwan is in the middle of its annual Han Kuang military drills.

On Thursday, its army simulated fending off an invasion, firing artillery out to sea from a beach on its southern coast. 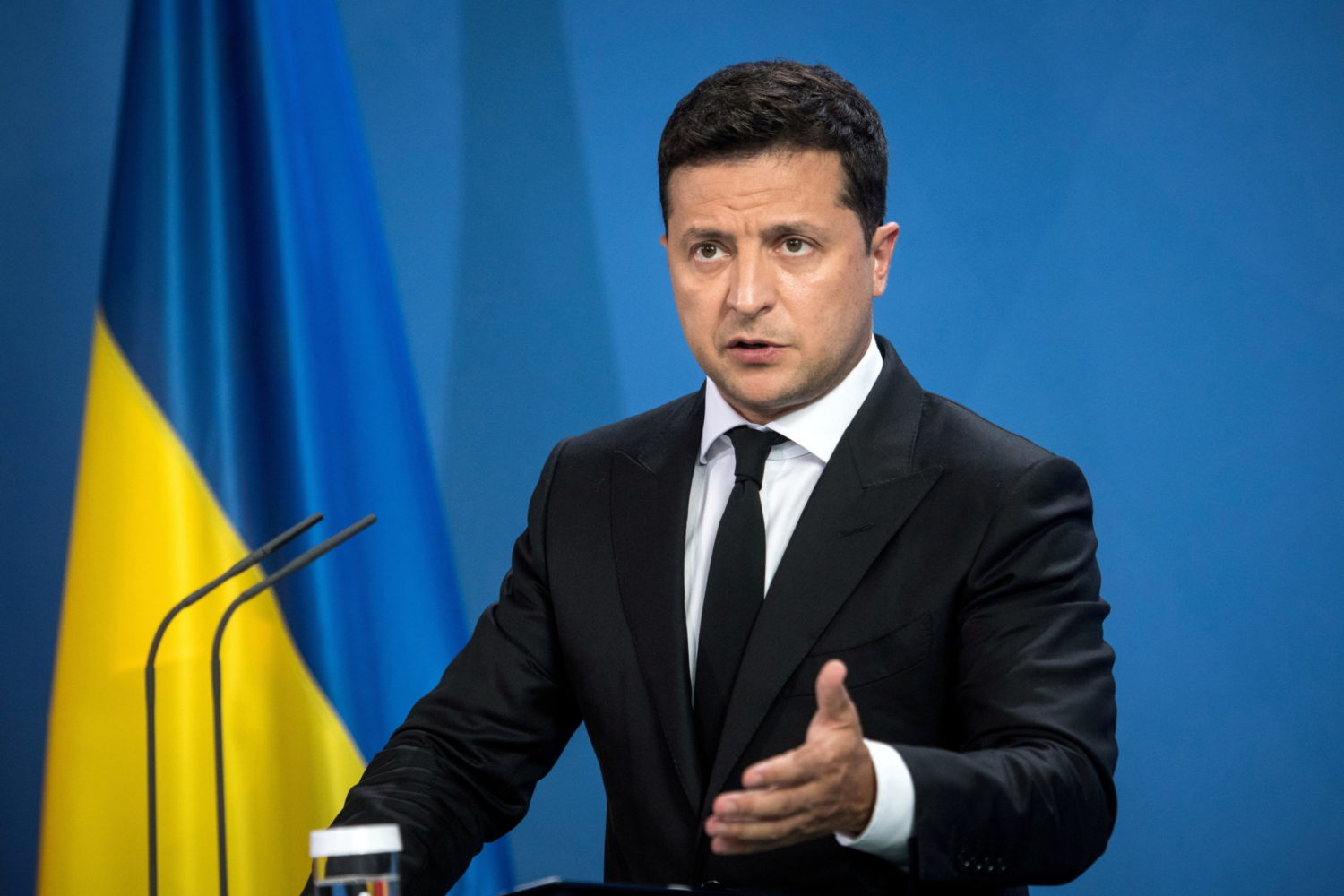 KYIV (Reuters) – Ukraine’s President Volodymyr Zelenskiy has dismissed the head of the armed forces, Ruslan Khomchak, his spokesman said at a briefing on Tuesday, citing tensions between the armed forces and the defense ministry.

Khomchak will be moved to a post on the national security and defense council. He will be replaced by Valery Zaluzhny, who heads the military’s northern command. Ukrainian troops have fought Russian-backed separatists in a conflict that Kyiv says has killed 14,000 people since 2014.

“Commander-in-Chief Ruslan Khomchak is leaving his post, this is the president’s decision,” Zelenskiy’s spokesman Sergii Nykyforov told a briefing.

“The president wants to see synergy between the ministry of defense and the armed forces of Ukraine, but unfortunately we do not see synergy, but on the contrary we see conflicts.”

The Ukrainian media in recent months have reported disputes between the defense ministry and Khomchak. Khomchak in March denied any rift: telling the news outlet gordon.ua: “Here is a working relationship where everyone has his own opinion, they can argue, they can discuss, they can come to something.”

Ukraine has urged its Western backers to speed up its entry into the NATO military alliance as a deterrent against Russia, though NATO members say Kyiv must reform its armed forces and tackle corruption to be able to apply.