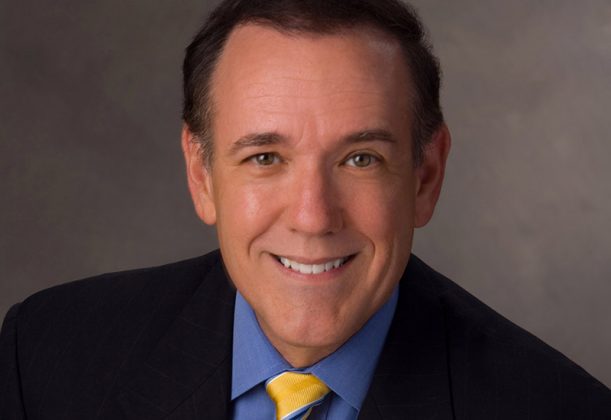 “Our good friend Stephen Strang of Charisma News wrote this excellent article. We are reposting it here with his permission.”

“The Strang report” is also an incredible podcast.  Click here to listen to Steve discuss this article. You can read the original article with this link.

Jim Bakker is no stranger to controversy. He went to prison in the late 1980s and received a 45-year sentence. He could have spent the rest of his life there if it weren’t for what I consider a miracle. Harvard Law professor Alan Dershowitz, whom I highly respect, did something unexpected. He defended Jim pro bono (free) because he believed Jim’s sentence by a biased judge was an injustice, and the courts agreed. Jim was released for time served in 1994 after spending almost five years in prison. After losing everything, including his wife and ministry, he has started over and built a successful ministry in Missouri.

Now, Bakker is in the news again. As I’ll explain in more detail, he offered a “Silver Solution” supplement on his The Jim Bakker Show. The silver solution is known to help fight some viruses. Dr. Sherrill Sellman, a board-certified integrative naturopathic doctor, appeared on his show Feb. 12 and clearly said it had not been tested for COVID-19, but it might help your immune system fight viruses. The show was taped Feb. 5, less than a week after President Donald Trump issued the travel ban from China and long before we really knew much about this strange new coronavirus.

In hindsight, Jim was unwise to even mention COVID-19 with any product. But his enemies twisted his message to say he was “selling a cure.” He wasn’t. But the spin in the fake news media’s coverage that followed is that Bakker went to jail for bilking people, and now he’s at it again. In my opinion, that’s a lie, and I want to do my part to set the record straight. In fact, you can watch the clip for yourself here (the conversation about the Silver Solution Starter Kit starts at the 42-minute mark).

I was trained as a secular journalist at the University of Florida and I began my career at the Orlando Sentinel. But I’ve spent most of my career covering the charismatic Christian community. I remember covering Jim when he was just coming into prominence in the late 1970s. I watched him build Heritage USA, and I visited there several times—once in 1983 to do an in-depth interview for Charisma magazine on Jim and his huge vision. He was controversial back then—mostly due to his flamboyant style and partly over how fast he was growing. As a result, some people considered him somewhat arrogant. I remember observing back then that there was a “childlike” purity in his love for the Lord and for people. But there was also a certain “childishness” (self-centeredness, naivety) that seemed to make some people not like him.

I was also at Heritage USA with my family not long before the Charlotte Observer broke a big “expose” that Bakker had a fling with a secretary. In Christian circles, that’s scandalous. The backlash was enormous and Bakker resigned.

Then a tragic set of circumstances created a downward spiral. Bakker’s PTL ministry began to unravel and he ended up going to jail. History will show there were people out to get him. There were all the elements of a scandal that the press loved—lots of money in the ministry, an extramarital fling, a flamboyant religious experience and loyal followers (who some of the “elites” of the day looked down on as deplorables long before Hillary Clinton made the word popular).

So what did Bakker do that landed him in prison? As an incentive to donate, he told his partners they could stay free in the magnificent hotel his ministry built at Heritage USA. Some prosecutors said that if the partners all came at one time, PTL couldn’t fulfill its promise, and somehow that was fraud! Well, airlines routinely overbook, and furthermore, PTL didn’t turn away partners for being overbooked because they never all showed up at the same time. That was his offense. He did not bilk millions of dollars as some people online are saying.

Bakker did raise millions of dollars, but it was to spread the gospel via television and to build a huge media center and a facility near Charlotte, North Carolina, for his partners to gather for camp meetings, concerts, religious services and other events. (As a child I used to attend Pentecostal camp meetings with my parents in cheap, rundown facilities. Bakker provided a really nice setting to gather to hear preaching, sing and enjoy fellowship with other believers.)

With the millions he raised, Bakker also paid salaries, bought air time and, over the years, gave millions of dollars to missions. I know this to be true. He was generous with my late father-in-law, who was a missionary to the Philippines.

I believe Bakker was targeted by people who didn’t like what he was doing, and when he resigned over his “fling,” they found some things they felt they could prosecute. When I reported on it at the time, I found Bakker to have done things I felt were wrong yet pretty trivial—but not bad enough to send him to prison! The courts freed him for time served. Since then, Bakker has owned up to whatever he did wrong, a lot of which was a lack of wisdom on decisions he made. He even wrote a book, I Was Wrong. (I read every word, and you can’t read it without believing that Jim Bakker, for all his mistakes, is sincere and his repentance was heart-felt.)

What Jim Bakker went through would have destroyed most people. Yet he did something I admire: He started over and has built a new ministry called Morningside in Missouri with his wife, Lori Bakker. He has learned from his mistakes and, instead of relying just on donations to fund his ministry, he supports it by selling products—mostly books and products he believes in, including health supplements. I wrote about his restoration in a cover story for Charisma, which you can read here.

One such product is the “Silver Solution,” which he has offered for the past 10 years. I’ve used it myself, because I use products I believe will help my immune system. It was this product (which had not been controversial until now) that stirred up this new media firestorm. You can see the video for yourself. Bakker and his guest, Dr. Sherrill Sellman, talked about the health benefits, but clearly said it had not been tested for COVID-19.

The implication was if you didn’t know what to do to guard yourself from this dangerous new virus (and no one at the time knew), this solution might help. That’s all. He never said it was a cure. But the attorney general of Missouri, responding to complaints, issued a cease-and-desist order with which Bakker has complied. He even refunded money to those who bought the product.

When I heard about this, I looked up the tape (I missed that program) and saw he was being unfairly criticized. I also saw the distortions in the media of his past wrongdoings when reporting this newest controversy. Some even said he went to prison for rape. He did not. It was a one-time extramarital fling—there was never a charge of rape. But see how things spin out of control, especially when people don’t seem to care to know the truth? I believe the truth needs to be told. Jim Bakker is a good man who has spent a lifetime trying to help people and preach the gospel and support his ministry.

When this story broke, I kept expecting Bakker’s ministry to issue a press release to tell his side—especially after I saw the actual program. I knew from years ago what really happened and that Jim is not the ogre his critics portray him as. So I finally called him because of the years I’ve come to consider him a friend. He told me in hindsight he shouldn’t have mentioned COVID-19. He obeyed the cease-and-desist order, and you can’t even buy the product from him now. He’s offered to refund money to any partners who ask for it. But he’s basically a humble man and doesn’t want to defend himself. So I decided to speak up on his behalf.

The Jim Bakker I know loves people. He has spent a long time helping people, spreading the gospel, and ministering to those who need to know Jesus and the power of His love. Some of his critics don’t understand his Pentecostal fervor. They believe our theology of speaking in tongues or believing God still speaks is wrong. That’s their right as Americans. (I believe they are wrong too.) Maybe they don’t like the Pentecostal worship style of raising hands or speaking in tongues. But is that any reason to destroy Bakker or other ministries that believe like him?

Like the coronavirus pandemic, this controversy will be over someday. When people know the facts, I believe Bakker’s name will be cleared. Then he can get back to preaching the gospel and doing what he believes God has called him to do. That may not satisfy his critics. They didn’t like him before—or other ministries like his—and they won’t like him after this pandemic is in the history books. But Jim doesn’t answer to his critics. They are not his jury or judge. There is a judge Jim will stand before one day—just as every person on earth will.

My brother Paul is a charismatic music minister in Kentucky. If someone attacked him, I’d stand with him because he’s my brother! Jim Bakker is my Christian brother, so how can I do less? I wrote this to share my perspective—and the facts—hoping it makes sense and people will see Jim and what happened as I do.