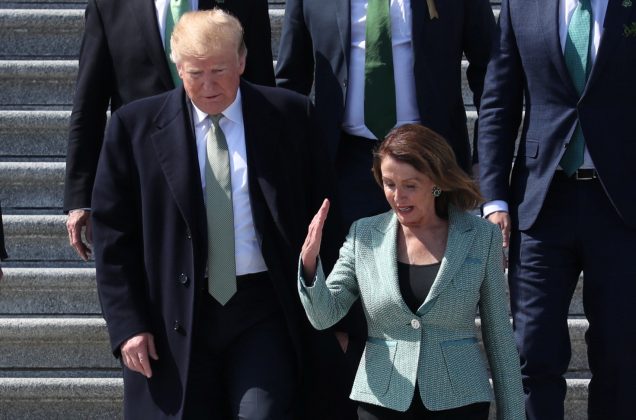 U.S. President Donald Trump walks down the U.S Capitol steps with Speaker of the House Nancy Pelosi (D-CA) after they both attended the 37th annual Friends of Ireland luncheon at the U.S. Capitol in Washington, U.S., March 14, 2019. REUTERS/Jonathan Ernst

WASHINGTON (Reuters) – The U.S. Senate on Thursday joined the House of Representatives in passing legislation that would defy President Donald Trump by terminating the national emergency on the southern border that he declared on Feb. 15.

Trump has vowed a veto – an act he has not yet taken as president. But enough Republicans in Congress are expected to block any veto override attempt. A two-thirds vote of the House and Senate are needed overturn a presidential veto.

The Senate voted 59-41 to end the emergency.