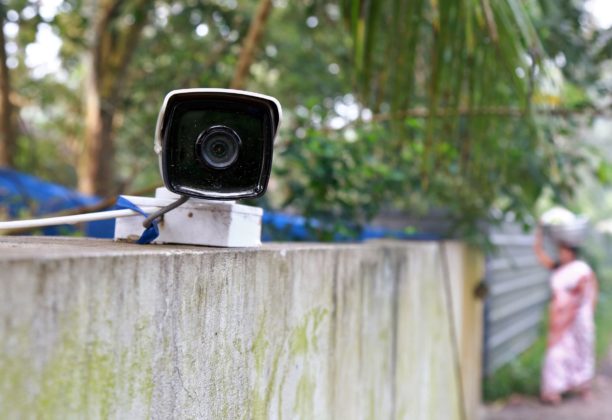 NEW DELHI (Thomson Reuters Foundation) – As India prepares to install a nationwide facial recognition system in an effort to catch criminals and find missing children, human rights and technology experts on Thursday warned of the risks to privacy and from increased surveillance.

Use of the camera technology is an effort in “modernising the police force, information gathering, criminal identification, verification”, according to India’s national crime bureau.

Likely to be among the world’s biggest facial recognition systems, the government contract is due to be awarded on Friday.

But there is little information on where it will be deployed, what the data will be used for and how data storage will be regulated, said Apar Gupta, executive director of non-profit Internet Freedom Foundation.

“It is a mass surveillance system that gathers data in public places without there being an underlying cause to do so,” he told the Thomson Reuters Foundation.

“Without a data protection law and an electronic surveillance framework, it can lead to social policing and control,” he said.

A spokesman for India’s Home Ministry did not return calls seeking comment.

Worldwide, the rise of cloud computing and artificial intelligence technologies have popularised the use of facial recognition for a range of applications from tracking criminals to catching truant students.

There is a growing backlash however, and in San Francisco authorities banned the use of facial recognition technology by city personnel, and “anti-surveillance fashion” is becoming popular.

Facial recognition technology was launched in a few Indian airports in July, and Delhi police last year said they had identified nearly 3,000 missing children in just days during a trial.

But technology site Comparitech, which ranked the Indian cities of Delhi and Chennai among the world’s most surveilled cities in a recent report https://www.comparitech.com/vpn-privacy/the-worlds-most-surveilled-cities, said it had found “little correlation between the number of public CCTV cameras and crime or safety”.

There are 144 police officers for every 100,000 citizens, among the lowest ratios in the world, according to the United Nations.

The technology has been shown to be inaccurate in identifying darker-skinned women, those from ethnic minorities, and transgender people.

So its use in a criminal justice system where vulnerable groups such as indigenous people and minorities are over-represented risks greater abuse, said Vidushi Marda, a lawyer and artificial intelligence researcher at Article 19, a Britain-based human rights organisation.

“The use of facial recognition provides a veneer of technological objectivity without delivering on its promise, and institutionalises systemic discrimination,” she said.

“Being watched will become synonymous with being safe, only because of a constant, perpetual curfew on individual autonomy. This risks further entrenching marginalisation and discrimination of vulnerable sections.”

India’s Supreme Court, in a landmark ruling in 2017 on the national biometric identity card programme Aadhaar, said individual privacy is a fundamental right, amid concerns over data breaches and the card’s mandated use for services.

Yet the ruling has not checked the rollout of facial recognition technology, or a proposal to link Aadhaar with social media accounts, said Gupta.